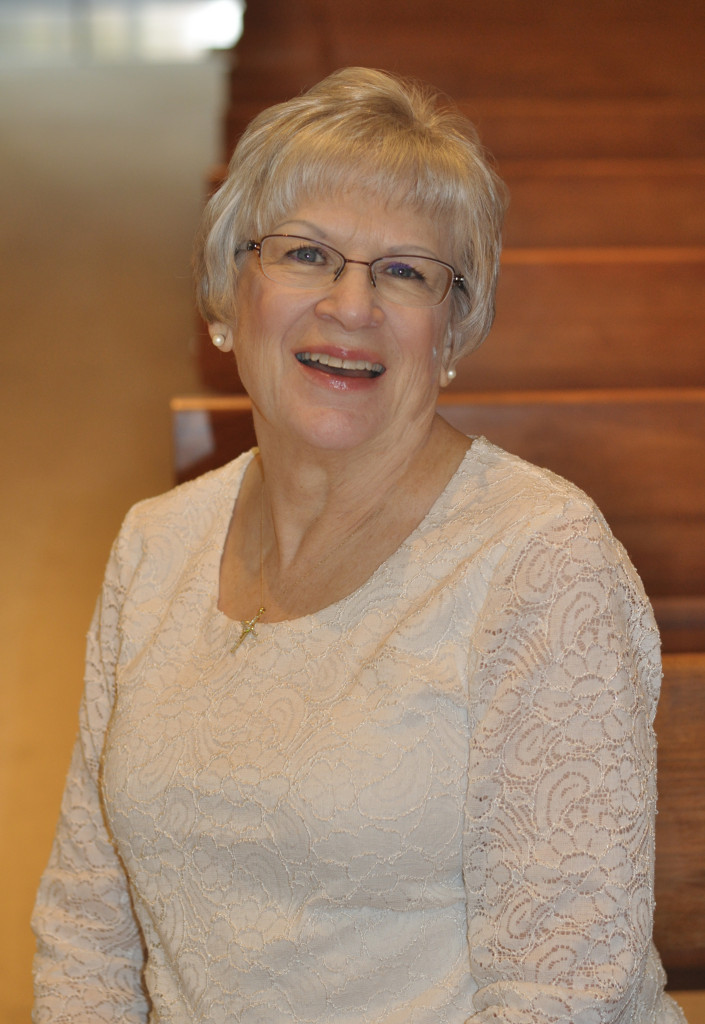 Annette Schmidt is a life-long member of First United Methodist Church. She is the daughter of Obed and Evelyn Wells and along with her siblings, Gail, Tom and Paul were raised in the church.  Her children, Amanda and Stephanie, and her nephew, Malachi Winters, were also baptized and confirmed here.

Annette has served on many committees, including Children’s Council, Archives, Disaster Response Team, Trustees and Staff Parish Relations Committee.  She and her husband, Jim, have been members of the Seekers Sunday School class since 1985.

Outside of her church activities, Annette worked for Cessna Aircraft Company for 36 years. Since her retirement from Cessna, Annette has continued working in several positions.  She also serves on the Board of Directors for Flinthills Services, Inc., in El Dorado.  Her hobbies include reading, genealogy and preservation of pictures.

Annette and her husband, Jim, have been married for 40 years and enjoy traveling.